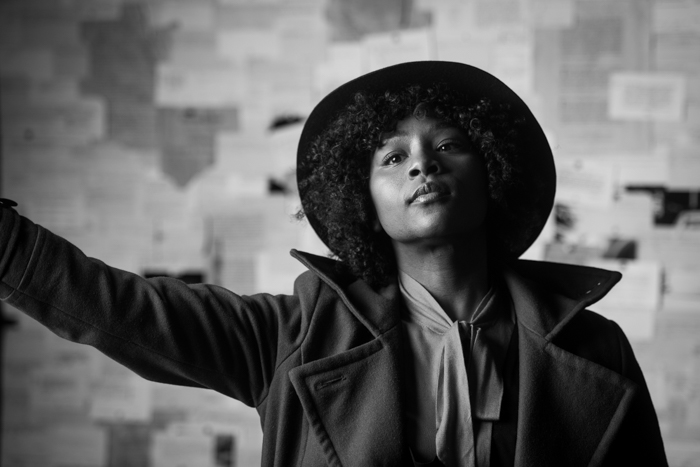 Ginneh is delighted to join the cast of Fair City. A Michigan native, she spent several years in Dallas, Texas as an actress after graduating with an MFA from Southern Methodist University. Since relocating to Chicago, she received a Jeff Award for her work as Emilie, in Pride Film and Plays production of The Submission. That’s it. She did another play and some other commercial & industrial work here and there but…

But here’s what you really want to know. She enjoys spicy Indian cuisine, running for long spells on a treadmill, sturdy comfortable shoes, wearing African head wraps, foreign film, 90’s film and television, National Geographic magazines, and of course, acting. And to think, she was planning on becoming a child psychologist.