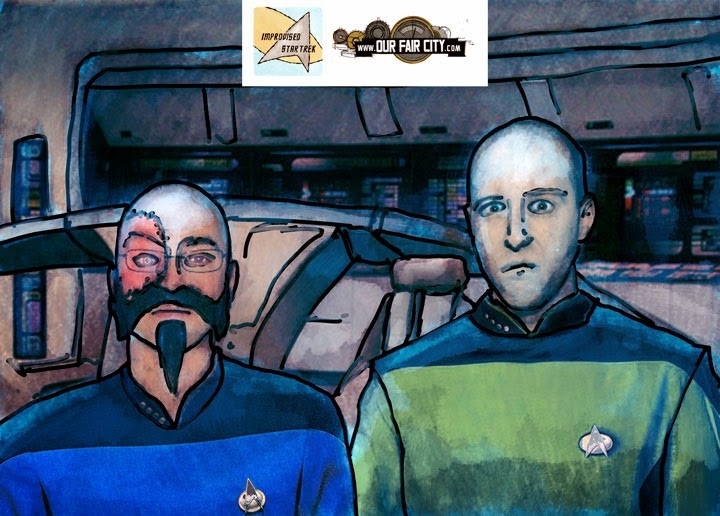 Loyal Policies: this week, we’re excited to bring you something very different from our usual fare: a very special crossover episode produced by Improvised Star Trek.  This episode was originally broadcast in May of 2014, and is  completely improvised from an title provided by a listener.  A huge thank you to Improvised Star Trek for allowing us to rebroadcast!  You can find Improvised Star Trek on Facebook here, or on twitter at @improvstartrek.

Given that the audio contained within was not captured by StreetSafe-approved surveillance devices, the canonical nature of this broadcast cannot be verified.

Content advisories for this episode can be found here.

Recorded and Engineered by Improvised Star Trek.  Episode art by Dann Tincher.   A huge thank you to our sponsor for this episode, Podcast Movement!

Next / Podcasting 101 Panel at CG2Previous / The Archibald FunnyPants Radio Hour