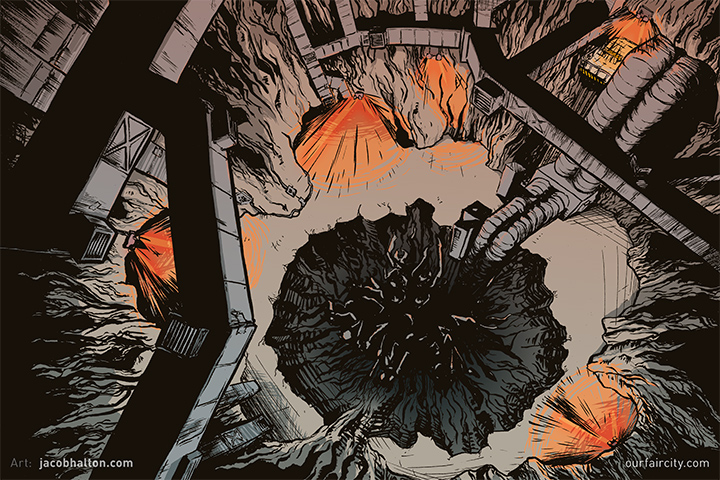 We return to our retelling of the Great History of the HartLife corporation as the Ant Menace spills into the depths of the Tunnels through the new entrance carved by the mighty Geoship, the Hope of HartLife.  As the Chitinous Menace rampages through the assembled Policies, will Cassie Wilkins, Charlie Wynn, and Alison Dalton make peace for long enough to escape- or will their inability to synthesize and maximize their resources effectively spell certain doom?  Find out, as the story of Our Fair City…continues.

Next / Safety in NumbersPrevious / An Exclusion Day Carol