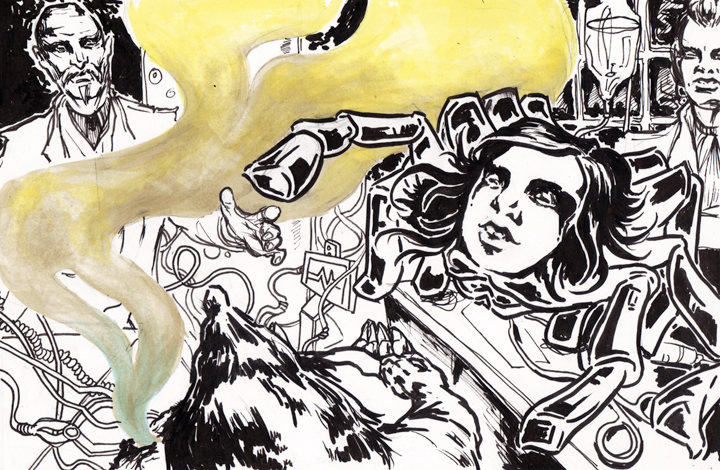 As the power supplies of the city continue to dwindle, the Doctors Caligari, West and Moro work with Vice President Davenport to convince the newly returned Neal Henderson to jump start their fusion reactor.  Will the Sharp Chuter be willing to help the city that cast him out?  Will Loamy survive the tender ministrations of Doctor West?  Will the reactor start in time to save the policies…and the Company?  Find out, as the story of Our Fair City…continues.

Next / Neal HendersonPrevious / Opposite Reactions