Our Fair City at the 2013 Chicago Fringe Festival

On August 7, 2013 by Molepeople With 0 Comments - Uncategorized 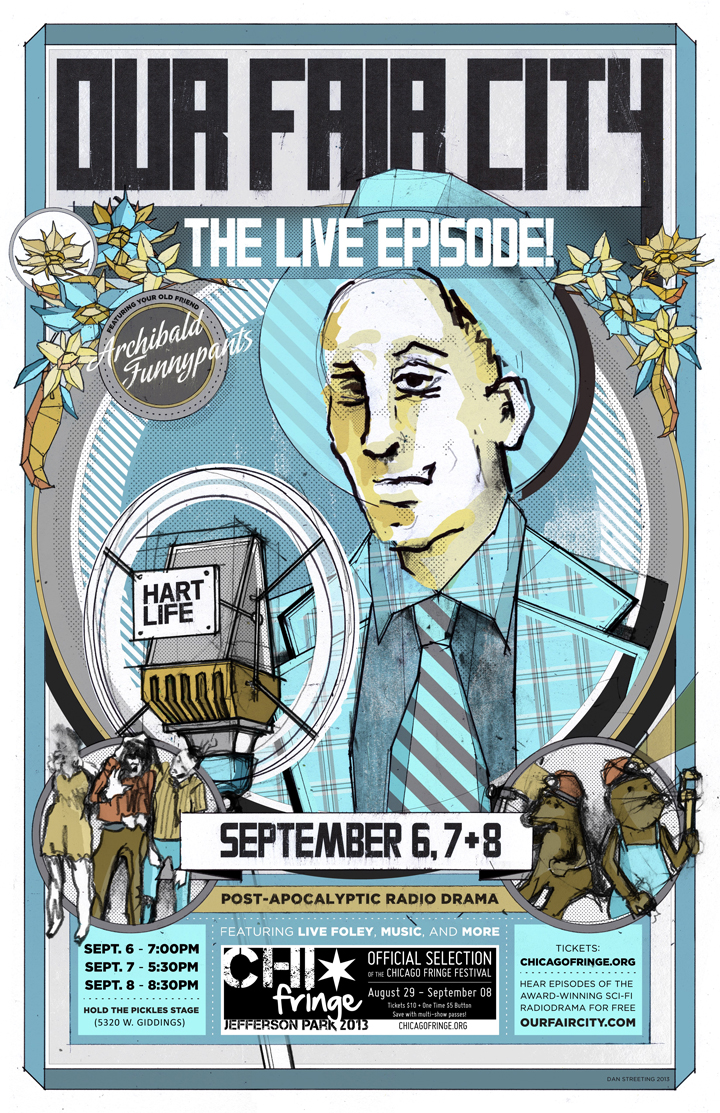 Tickets for our performance of

Our Fair City: the Live Episode! are on sale now!

Tickets are available online on Chicago Fringe’s website– just follow the
“Purchase Tickets” link and scroll down to the bottom of the shows.
Remember to get a “Fringe Button” as well- that’s your admission into the festival!

Please be aware, the venue for our show has been moved!

We will now be performing at 5320 W Giddings, Basement. The venue is still called the “Hold the Pickles Stage.”

Our Fair City: the Live Episode! is a late night variety show set in the world of HartLife, featuring live foley, music, advertisements from the Corporation, and more.  Described as “Garrison Keillor in the world of 1984, “ the show follows the foibles of its host Archibald FunnyPants as he runs afoul of the only power left in the world: the HartLife Corporation.
Directed by Jeffrey Gardner
Starring Mark Soloff, Kat Evans, Jared Latore, and Sebastian H. Orr.
Live Foley sound effects by David Rheinstrom
Music performed by David Kitsberg and Betsey palmer, with lyrics by David Rheinstrom
Written by Clayton Faits with Mark Soloff