As we look forward to releasing the second episode of Season Four (which will be out 5/22—the Wednesday after the launch party is traditionally a moleperson day of rest), I thought I would share one of my favorite pictures Sebastian Orr took at the launch party. 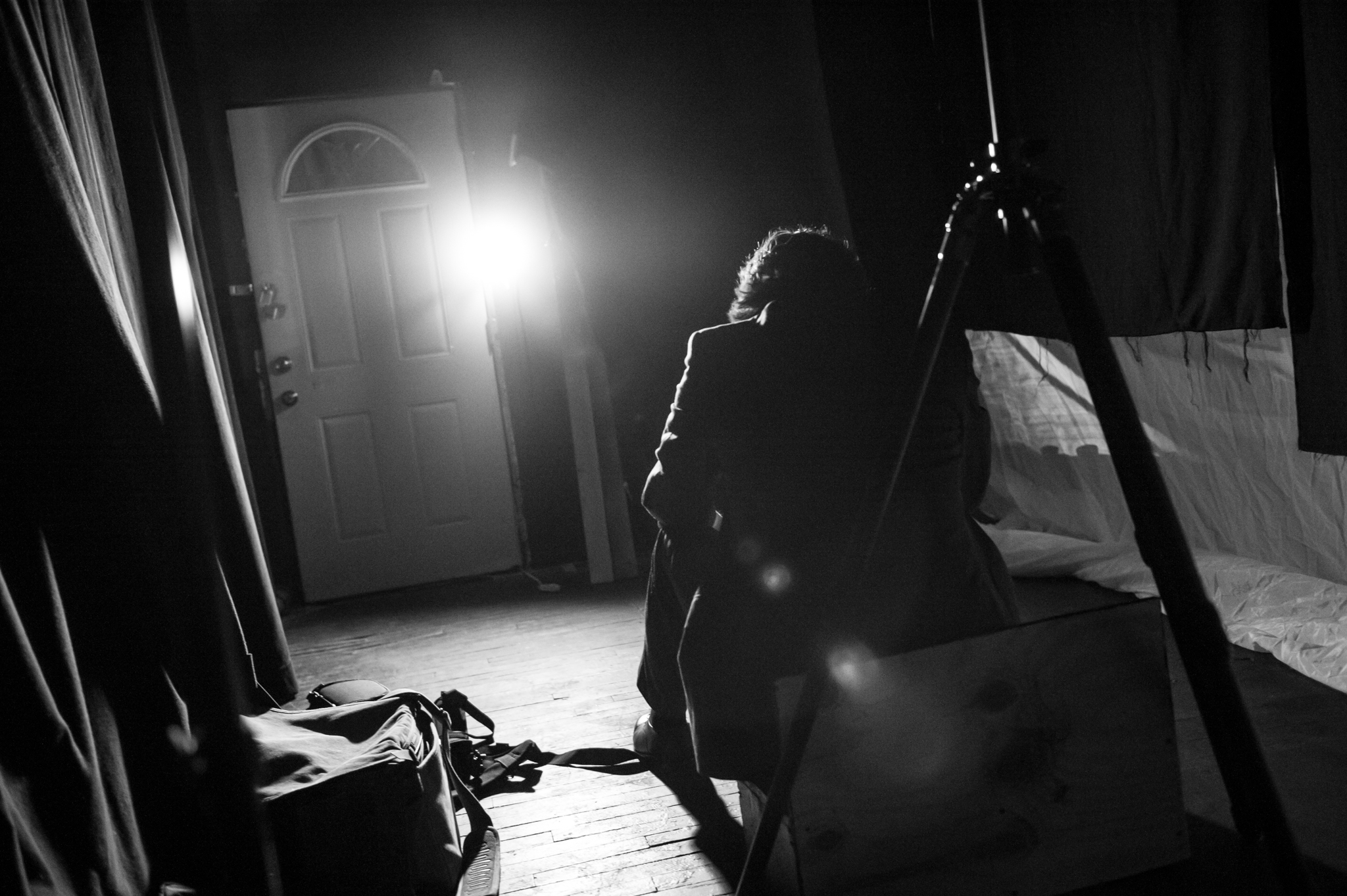 Head Writer Clayton Faits listening to the premiere of his episode “Davenport Rises.”

Producing art that is primarily released on the internet is a very strange thing for a lot of the performing artists involved in Our Fair City.  We’re used to hearing (and seeing) the reactions of our audience, both good and bad—and shouting into the void of the internet can be profoundly alienating at times.

That’s part of why the launch parties are so important to me—and why I make sure to get up on a ladder to look out over our crowds at least once during the party.  It’s a really precious thing, to be able to interact with and, at a fundamental level, just see people enjoying (or not enjoying) the work.  It’s just so damn nice to have that direct, human feedback, whether good or bad.

So- enjoy the season, Listen, Remember, and as always-