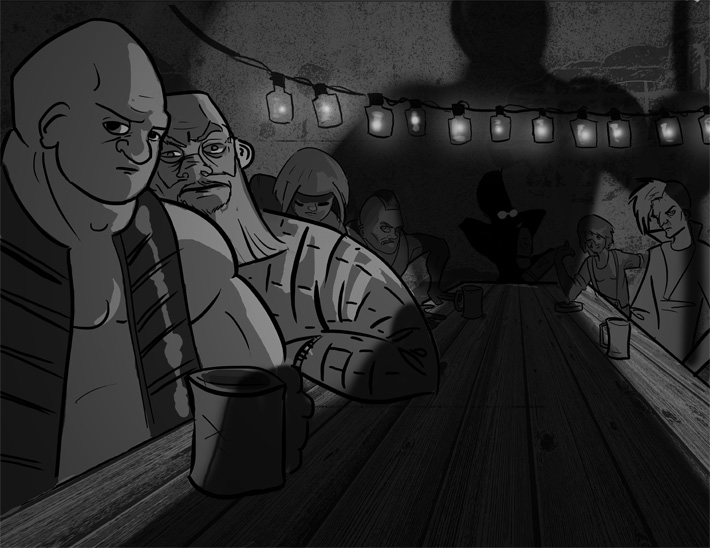 We return to Al’s Bar on C-deck, where Neal searches for Allison, Loamy gets tough, and the Lightning Riggers are almost helpful.

N.B.: The voices of “Al’s Patrons were recorded “in the field” at Chicago ComiCon 2012, by awesome people who stopped by our booth!  Thanks for lending your voices to our show!

Next / The Final Task of Ol’ SiltyPrevious / The Incidence of Accidents