On February 18, 2012 by Molepeople With 0 Comments - Uncategorized 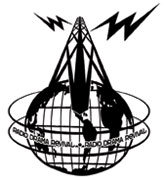 We’re incredibly honored to have a portion of Season One broadcast by Radio Drama Revival–both through their awesome podcast and Portland, ME radio station WMPG!  You can listen to our interview with host Fred Greenhalgh (starting after part of their rebroadcast of Season One at 35:38) in which Clayton, Mike, and I say insightful things about how the project came to be, gush about how much we love the cast and crew, and explain exactly why Ryan Schile is a later-day Han Solo.

Radio Drama Revival is a really cool project, helping keep the art of audio-drama alive–definitely check them out, if you haven’t already!

If you’ve been listening to Season One on Radio Drama Revival, you can catch up

on the rest of it with Episode 9: The Business of Eavesdropping.

We’re also really excited—sometime over the next few weeks, we’ll be doing an interview with Chris and Crys take over the World—you can hear a bit of their thoughts about Our Fair City on their most recent podcast.  Cool stuff!

See you in the Tunnels,