On January 1, 2012 by Molepeople With 0 Comments - Uncategorized

by Dr. Irwin Belgrave, PhD, Director of Applied Climatology at the Center for the Advancement of Human Endeavors, Head of the Congressional Climate Research Study

Of course the inland sea is only one aspect of the current climate unpleasantness that may be God’s will (added as per congressional mandate). There will still be two large land masses filled with survivors to manage and many crucial challenges facing them.

Section B: Oil and Water in the American Super Desert

The first of these tests will be that of the wasteland. First proposed by our Australian colleagues as an outcome of nuclear war, it postulates that the world will become a desert with little or no vegetation and scarce other resources over which survivors must constantly fight to obtain. And while the threat of thermonuclear war has decreased since computers learned tic-tac-to, thanks to climate change, the super desert lives on.

Of course, there are some errors in the theory that must be correct, the largest of which is the idea that oil, in the form of gasoline, would be the most sought after resource. This is patently not true. Humanity survived for thousands of years without petrol, while at the same time it could not go two days without water.

In any sort of survival scenario, fresh water is vital. And with the inland sea potentially polluting our largest lakes and rivers and many other drying up due to the increased temperature, it will become doubly important here.

That being said, access to oil does have its benefits. Generators can be run, homes can be heated, and as exemplified in the Australians’ simulations, automobiles can be driven. While horses will undoubtedly become our primary modes of transportation and labor, when it comes to covering vast distances to recover, discover, or pillage supplies anyone with a combustion engine will have a distinct advantage. As chariots, elephants, and 4G networks once were, so too cars will be.

So what should be our priority? After all, the areas of our country with oil are not known for their prodigious water supply and vice versa. Should we focus on securing refineries and drilling stations knowing that we can use our fueled vehicles to procure water? Or do we shore up our most basic biologic need after oxygen and hope that few will have the ability to process petroleum?

The answer is water. The first duty of government is the preservation of both the nation and its individuals. While raiding may hold some appeal, you will never achieve the same kind of cohesive social order without a sedentary culture. And besides, there is a way to have our cake and eat it too by using hydrogen fuel cell vehicles. Not only would we have the motor vehicles needed for defense and exploration, but the byproduct would provide us with the very water we need. What’s more, whereas oil is a finite resource, hydrogen is the most abundant element in the universe. Of course, separating it from other elements and maintaining it in its more stable liquid form is just as, if not more difficult than creating gasoline, which is why I recommend the government begin storing fuel cell vehicles and liquid hydrogen immediately.

Now, while we may free ourselves from the burden of oil, less prepared minds will doubtless be unable to think beyond that which they already know. Increasingly desperate, they will likely turn to drastic measures and unusual means. This not only portends violence, but unconventional methods up to and including alternative fuels. This is why I am calling for the systematic elimination of all whales, most especially the sperm whale.

Whale blubber has historically been rendered down to create oil. What’s more the head of the sperm whale is filled with an oily substance called spermaceti from which it gets its name. In a world where marauding bands are dependent on combustion engines, it is only a matter of time before they convert their vehicles to this slightly more harpoon-able fuel source. Even without a whale-burning engine, what they derive from these aquatic mammals could be used for heating and cooking, freeing up gasoline for looting and plundering. By depriving them of this supply source, we deplete their resources, hasten their collapse, and increase our own safety.

Some of you are no doubt audibly scoffing at this proposal. You may accuse me of doing this for financial gain or say that I’m merely settling a personal vendetta I have with the well-meaning though misguided young graduate student Wilford Daggeraux. I assure you this is not the case. My proposal is based on sound reasoning and what is best for the continuation of our society. And so it is my expert recommendation that this committee immediately issue orders for the stockpiling of liquid fuel for hydrogen-fuel cell vehicles and the extermination of  all whales, most especially the sperm whale. 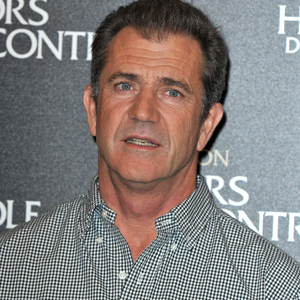